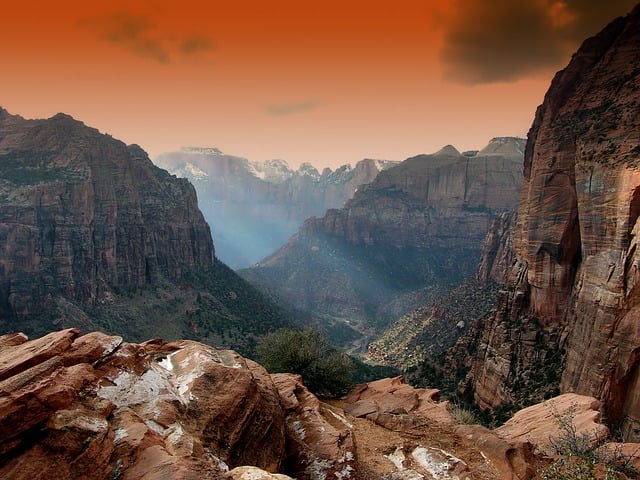 Washington County landlords are looking to brighter days ahead as the office vacancies are at the lowest rates since 2008.

Southern Utah will continue to improve in the office, retail, and industrial sector.

The retail market in Washington County was a mixed bag for the second half of 2013.

Several national retailers expanded with in the market or opened up their first stores during the first half of 2013.

Chick-fil-A opened its first restaurant at Red Rock Commons where they are being joined by Mattress Firm, Einstein Bagels, and Firehouse Subs.

Culver’s acquired land just off Riverside Drive and is expected to start construction this fall on its first location in St. George.

Cush-man & Wakefield|Commerce is currently working on a 23-acre retail development located off the new Dixie Drive interchange to include a theater anchor, water park, two hotels, a C-Store and several restaurant pads.

Despite these positive steps in the market, Office Max and Big Lots closed their stores in Washington County over the last six months.

Additionally, Staples announced they will be closing one of their two locations in early 2014.

When Staples vacates that will add an additional 25,000 sf.  While these closings have bumped up the vacancy rate a point, this will be a temporary increase that should decrease over the next 12 months as these spaces are backfilled.

The office vacancy rate has decreased by 1.7 percentage points (pps) since year-end 2012 to the current rate of 11.5%.

The last time the vacancy was under 12.0% was in 2008. This lower vacancy number certainly bodes well for landlords and for the future of the leasing market

Deal activity has picked up with tenants taking advantage of near all-time-low rates and landlords looking to brighter days ahead.

Absorption can be seen across all property classes.

As of mid-year 2013, 26,541 sf of office space is under construction. We expect the improving trend to continue through the second half of 2013. As demand for office space outpaces supply, additional positive absorption will continue.

As a result, Landlords will be able to decrease leasing concessions and pushing up asking lease rates.

The industrial market has seen the most activity with the vacancy rate dropping by an impressive 4 percentage points to 3.93% during 2013.

Several notable deals have been completed during 2013 including:

There are currently no vacant spaces larger than 50,000 sf available in the market creating an acute shortage of large available products in the market.

With the tightening market of existing space, we expect new construction to expand during the latter half of this year and into next.

We anticipate lease rates continuing to rise and further bridge the 35-55% differential of current lease rates to break-even lease rates on new construction.

We now have an acute shortage of large, available industrial properties.

We are excited to see the continuing growth in Southern Utah.

If you have specific questions or are looking to buy, sell or lease commercial real estate, call us or check out our new website at linxcre.com.