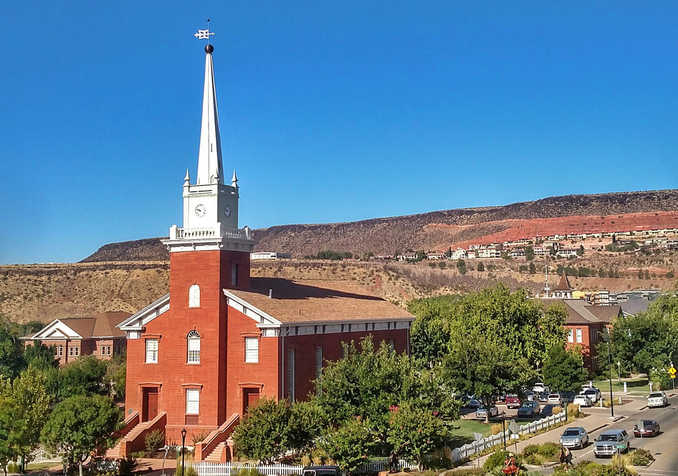 Washington County continued to improve in all sectors throughout 2012 with industrial and retail leading the way.

The quality labor market combined with an attractive lifestyle of a warmer climate and nearby recreation continues to bring new businesses to the region.

The retail and industrial sectors have vacancy rates below 2008 levels marking a real turn in the recovery of the Washington County economy.

This sector continued to perform strongly in 2012 with positive absorption, increasing lease rates and declining vacancies.

Single-tenant property with a yard continues to command the most attention. Available product over 50,000sf has become extremely limited due to several significant transactions in 2011.

Family Dollar is constructing a new 818,000sf distribution center on 88 acres; making it the second-largest industrial facility in Washington County with the Walmart Distribution Center in Hurricane being the largest.

With declining vacancies, tenants are scrambling to lock in lease rates at the lowest possible levels.

Anchored centers have very little available to lease and there is a scarcity of ClassA and B space. The Crossroad sat Dixie Center is a new 23 acre development that will start construction in the spring of 2013.

The initial mix is anchored by a theater and will include two hotels, a water park, and several restaurants. Beyond that, there is a scarcity of land for new development along the I-15 corridor between Washington City and St. George.

As this threshold of profitable lease rates on new construction is crossed, new developments will start pushing north and south along I-15, including the Washington Parkway exit property.

The mean asking lease rates are increasing slightly ending the year at $9.72sf NNN, over mid-year at $8.88sf and year over year at $7.92psf. The medical office is a bright spot in this sector.

Two new office projects were announced to begin construction in 2013.

Major transactions this year include a 12,000sf lease for a new LDS Family History Center and a 7,250 sf build-to-suit for the Veterans Administration Outpatient Clinic.

Washington County will continue its healthy momentum through 2013.

Retail and industrial will remain the strongest sectors with office lagging behind.

Developers are once again considering new projects. With vacancies low in retail and industrial, it is anticipated that more new construction will be announced this coming year.

With bank owned and discounted inventory depleted, the land market should start to see renewed interest.

If you have specific questions or are looking to buy, sell or lease commercial real estate, call us or check out our new website at linxcre.com.