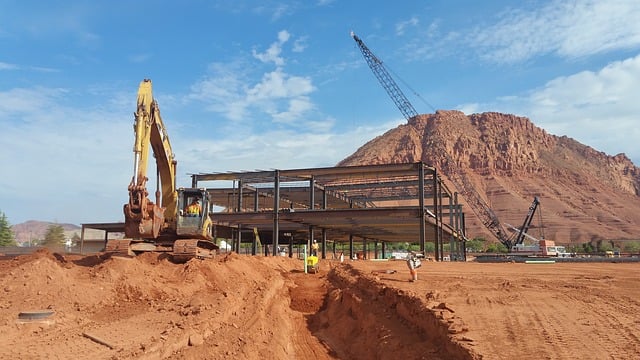 The St. George commercial real estate market explored the depths this year and started making its way back up.

The first half of 2010 appears to be bumping along the bottom. Since mid-year, however, the market has come off the bottom in most sectors and shown signs of strengthening.

Developers have lost their appetite for constructing speculative properties, with the limited new construction aimed at known tenants.

This trend is expected to continue throughout 2011 as existing inventory is steadily absorbed.

The office sector does not appear to have hit bottom yet.

The asking lease rate has continued to experience downward pressure. The rate of decline has slowed from the first of the year but has not turned the corner yet.

Low rates continue to fuel a migration of quality tenants from class B and class C buildings to Class A space.

Landlords are offering incentives such as low and free rent and some tenant improvements, but overall they are very careful with their cash and are often opting to sign short term agreement instead.

The number one factor that weighed in on the office market was the unemployment rate, which increases in the most recent report and continues to affect these sectors ability to recover.

Most transactions in the investment sector were purchases of Cash flow properties.

Investors wanted projects with an immediate return, and we’re not interested in a buy and hold opportunities.

The search of the focus has centered on bank-owned properties and at those prices at a discount, yielding significant cash on cash return.

The year 2010 ended with positive absorption of the industrial sector and it feels like we may have finally have turned the corner.

The federal government made SBA Loans extremely attractive, which resulted in a quadrupling of this type of financing in 2010 versus 2009.

The blended vacancy rate belt from 16% at mid year to 14.5%, which is very encouraging.

Several significant deals were announced during the year.

Lighthouse food secured property on which they will build a new facility that will bring over 150 jobs to the county.

In December, Czarnowski Display services, a Chicago-based exhibit and event group, announced it will invest over 6.5 million to develop a new production facility in St. George. The facility will employ 50 new full-time staff as well as 25 to 40 temporary seasonal employees. They have under contract a 95,000 square-foot building in the fort pierce industrial park, making it one of the largest industrial deals in the Washington County done in over three years.

The multi-tenant space did a little better in 2010, although lease rates did not gain any ground.

Cash strapped landlords are unable to offer any tenant improvement, settling on shorter-term agreement instead.

There was an increase in bank owned property offerings, which has added pressure on both pricing and lease rates.

As a result of these conditions, asset appraisal continues to come in lower helping the market to reset at a faster rate.

Retail vacancies hit bottom this year and have now started to improve.

While there is no speculative development in retail, there was a limited amount of new construction.

The Red Rock Commons project will take the place of the settlers RV park on River Road, just on St. George Boulevard.

Two major tenants agreements for Dick’s Sporting Goods and Petsmart already under place with others expected to follow.

The Washington County retail market has continued to recover with the overall vacancy rates declining by over 1% point in the past six months to 11.67%.

During the latter half of 2010, new construction of nearly 100,000 ft.² of anchored Retail space at Red Rock Commons began.

National tenants have experienced a renewed interest in the Washington County retail market.

This is expected to continue as the overall economy strengthens statewide and throughout the nation.